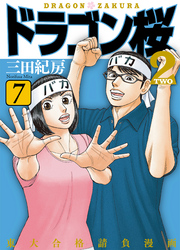 It is said that there are some brains persevere and others don’t.
Nao Hayase has been found that her brain cannot persevere by an experiment.
It was too severe a statement while studying hard for the U of T, but there was a way to trick such a brain and make it persevere.
Hayase, who has received the “good news”, will challenge a holiday study camp together with Koichiro Amano, who is also aiming for the U of T.
Naomi Mizuno, the homeroom teacher, declared at the training camp, “